Cardano’s price   started a strong increase above $ 0.7000 and $ 0.8000. The ADA is consolidating gains and will likely continue above the $ 1.00 resistance. According to the technical analysis of NewsBTC’s Aayush Jindal:

Over the past few days, Cardano’s price has started a strong upward trend after rallying above $ 0.5000. ADA price rose significantly and outperformed Bitcoin , breaking many key hurdles around $ 0.6500 and $ 0.7200. 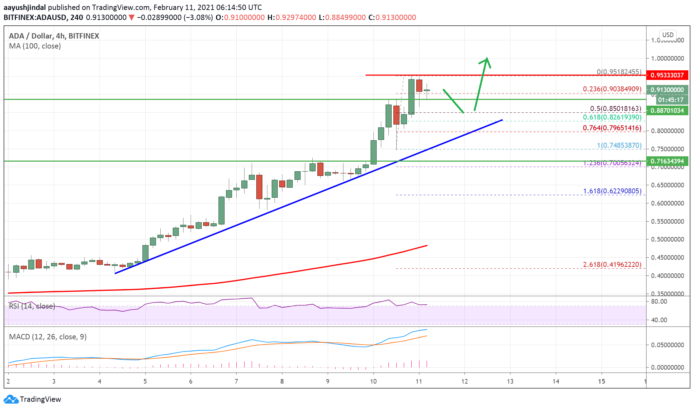 The main support is currently forming near the $ 0.8200 level and the trendline zone. A clear break below the trendline support could lower the price towards the $ 0.7200 support level in the next session. Further losses could spur the bears to a test at the $ 0.6500 level.

Bullish cycle may begin for VeChain (VET), according to analyst

Brazil’s Digital Currency Will Be Ready By 2022

Russia aims to stay ahead of China in Gold Production