What Does Proof of Work (PoW) Mean?

Proof-of-work is an algorithm developed to prevent high amounts of computing power from being used against malicious actors in the system. Although it was introduced by Hal Finney in 2004, its first application was Bitcoin (BTC) in 2009 as the first implementation of Finney’s idea. It is also the algorithm used to reconcile other cryptocurrencies.

Disclosure of Proof of Work

The explanation here describes how proof of work works in the Bitcoin network. Bitcoin is known as the first product of blockchain technology known as distributed ledger technology. All transaction records are listed in blocks in the ledger. Thus, no user can spend twice from their own account. Other versions are rejected by users in the public ledger to prevent tampering. 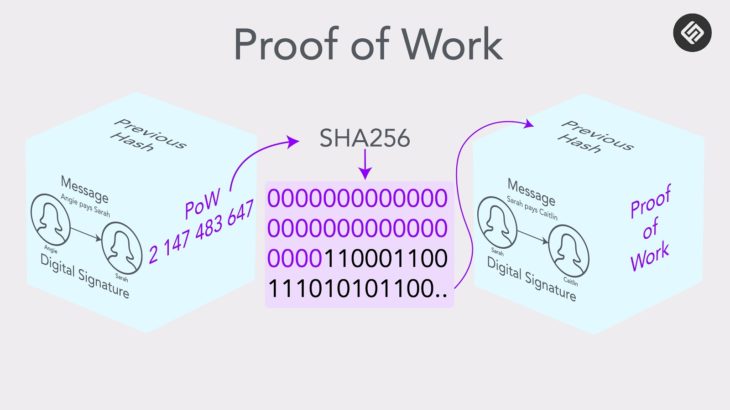 Detecting tampering consists of long strings of characters created by numbers. If you pass any data through the hash function, you only get one hash. Due to the avalanche effect, all data becomes completely useless when a single letter is changed. No matter how large your data set is, the hashes generated for the data are the same length. Hashes, which are one-way functions, can never be used to reach the original data, only to check if the hash fits for the original data.

To create a revolutionary Bitcoin hash for the modern computer, it is necessary to turn the whole transaction into work (which means difficulty in the Bitcoin network). Difficulty levels change according to the level at which new blocks are extracted, and usually blocks are created every 10 minutes. The creation of the challenge is possible by creating a target for the hash. In practice, a hash needs to have a long zero sequence. Taking block 429818 as an example, we see that the hash for the block is 000000000000000004dd3426129639082239efd583b5273b1bd75e8d78ff2e8d. The block contains 2012 transactions, more than a thousand Bitcoins, and thousands of headers from the previous block. If a user changes the transaction amount to 1 satoshi, the resulting hash cannot be identified and the network rejects the fake transaction.

How do miners keep hashes below the target when all the data in the block can generate a single hash? They themselves just add a single natural number. When a valid hash is found, it is announced to the whole network and added to the blockchain.

The generation of new cryptocurrencies, especially Bitcoin mining , is a competitive process, but I can think of it more as a lottery function. Looking at the average, a block is created in 10 minutes, but who will find it is all about guesswork. Miners pool all of their resources in a single pool to increase their chances. Thus, they receive transaction fees to create new blocks and share their rewards from new Bitcoins temporarily created.

Proof of work is incredibly difficult to replace the blockchain platform because it requires the re-extraction of all blocks. It also makes it more expensive for other mining pools to monopolize the network as hashes have to be generated by increasing machines and power.

Why Proof of Work (PoW) Matters?

Blockchain is known as a large database so many people can view transactions. You want to make a transaction with your own friend. But you will still do the same with another person. You actually tried to double-spend here and all the participants on the network knew about it. This can actually be useful for small groups. But if it happens in groups with thousands of people, nobody will be inclined to trust strangers.

In this case, we can activate the proof of work algorithm. Thus, users cannot spend money that they are not entitled to. In this way, everyone acts according to the rules of the blockchain system.

Comparison of Proof of Work (PoW) and Proof of Stake (PoS) 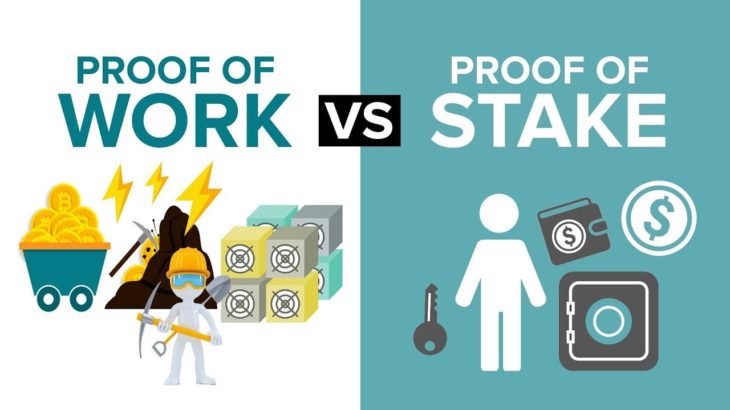 Proof of stake (PoS), the most used algorithm after proof of work, was introduced by smaller protocols in 2011. But it hadn’t been used for major blockchain protocols.

In proof of work, miners try to solve hard-to-solve problems for reward. So when the miners solve the problem, they get rewards and start mining the new block. But as the blocks are removed, the difficulty levels increase, and the costs and electricity consumption start to increase significantly. This results in lower profitability and higher energy consumption.

In systems that use proof of shares, those who verify the place of miners take the place. Since there is no mining activity, nobody can make predictions. Rather, users are randomly selected and should suggest adding the block if selected. If applicable, they receive the fee for block transactions as a reward.

Not everyone can be selected for this action. First, users need to stake a certain amount of cryptocurrency (staking amount varies by blockchain platforms). Stakes are used to prevent users from inappropriate behavior. If they behave improperly, they lose (or part of) their stake.

The biggest benefit of stock proof is that it enables transactions to be carried out without high computing power. But no matter how effective it may seem, the proof-of-work algorithm has proven itself in the field of scalability. Staking should be tried for a certain period of time against the proof-of-work algorithm, which has traded trillions of dollars in ten years.

Who is US President Joe Biden’s CFTC Candidate?

Analyst Knowing Every Step Of Bitcoin: We Will See These Levels In January!

A New Blockchain Move From Microsoft

Who is US President Joe Biden’s CFTC Candidate?

Analyst Knowing Every Step Of Bitcoin: We Will See These Levels In January!

A New Blockchain Move From Microsoft