After the rally organized by the President of the United States of America Donald Trump, Trump’s supporters seized the congress building in Washington DC, so to speak. Clashes took place between the police teams and the demonstrators in the demonstrations where there was a great turmoil. Due to this serious upheaval, a curfew was declared in Washington.  On the other hand, USA’s elected President Joe Biden said, “Our democracy is under an unprecedented attack.”

According to preliminary determinations, 4 people died in the confusion and many demonstrators were detained. It is also stated that there are people who resigned from their duties in the White House after these events. 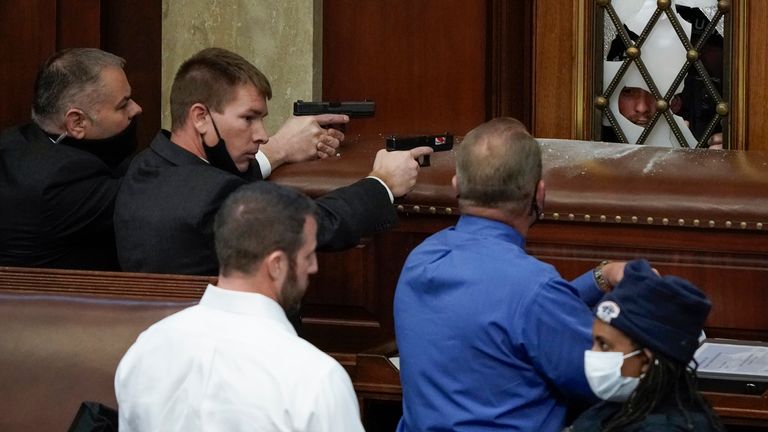 While the US experienced these events, Bitcoin (BTC) saw a $ 1500 drop in the first place. BTC then soared, first surpassing $ 36,000 and then 37,000, creating a new ATH. Along with Bitcoin, the total value of the crypto money market broke a record, exceeding 1 trillion for the first time in its history.

Events in the USA

An official, who made a statement to CNN, announced that 2 suspected bombs were found in the garden of the congress building. In a video shared on Twitter, it is seen that a female demonstrator was shot. Making a statement about these violent incidents, Biden used the following statements:

“Our democracy is under unprecedented attack. It is unlike anything we see in modern times. This is an attack on the castle of freedom. The chaos scenes in the congress building do not reflect the real USA. What we see are small extremists devoted to lawlessness. This is not opposition. This is a disorder. This chaos is limited to strife. And now it must end. “

As the situation worsens in the US, it has been observed that this leads to a price increase in Bitcoin . At the time of writing, BTC was trading for over $ 37,000.

Last Minute: Bitcoin Broke $ 36,000! Here are the Levels from the Famous Oracle

AllSafe project introduced many applications for the currency to reach global…