The Fever Of These Three Cryptocurrencies Has Not Stopped: The Tremendous Performance of HOT, ONG, and WAN

The partnership and development news of Holochain, Origin Protocol and Wanchain set new records for cryptocurrencies, with a surge of more than 100%.

The Fever Of These Three Cryptocurrencies Has Not Stopped: The Tremendous Performance of HOT, ONG, and WAN

Recently, it has been observed that some cryptocurrencies have broken records due to the partnerships they have established and the development steps they have taken. When looking at the bullish charts, it is noteworthy that the increases are quite high.

HOT Could Not Be Paused

Holochain (HOT) price was $ 0.0030 on Feb.25 and the price rose as high as $ 0.0206 yesterday. Therefore, in approximately 1 month, HOT has experienced a 586% increase. The latest and fastest step of this bullish chart came with a license announcement. 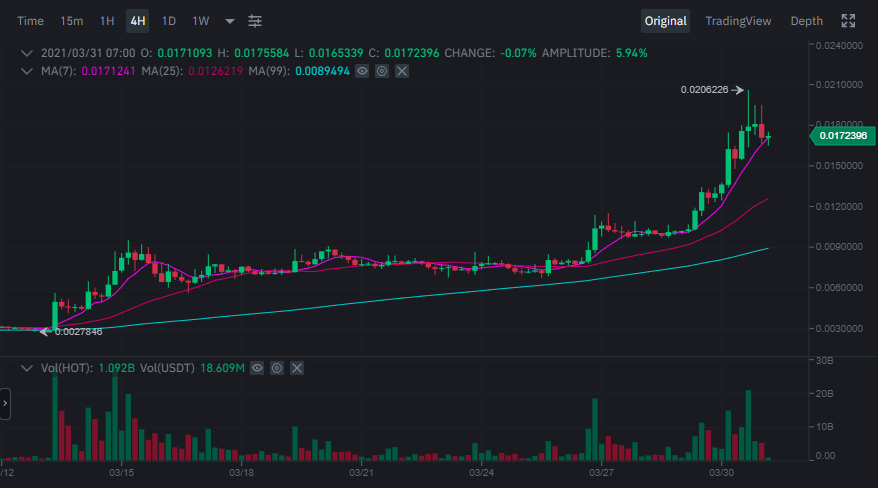 According to the announcements made on March 25, Holo Limited received a US patent for rrDHT network innovations in Holochain. He tells the firm that this patent represents an easy way to represent complex distributed data models and manage them with high flexibility. While this is a positive step, only time will tell if Holochain can offer a reliable alternative to Blockchain technology.

The Tremendous Rise of Origin Protocol

Origin Protocol (OGN) started with a focus on the sharing economy, but the project has expanded to building applications for peer-to-peer transactions and decentralized finance. The Origin Protocol released the official Litepaper document on March 17, and the document shows that NFTs are now on the scene. Therefore , users can now create NFTs with Origin .

The protocol plans to develop payment applications and launch an Origin USD debit card in addition to NFTs. 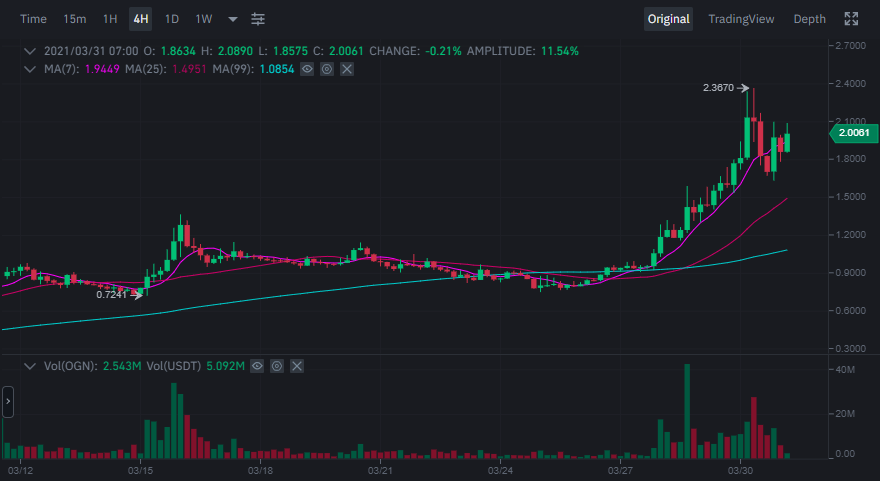 If the bullish chart continues, OGN could advance to $ 3.35. However, as the uptrend is fast and excessive, there is a possibility of a correction in OGN as well as in HOT and in this case the price may drop to $ 1.36.

On March 30, Wanchain (WAN) announced that the State Grid Corporation of China has chosen Blockchain technology to upgrade its national data management system. Thus, the project potentially had many opportunities.

Prior to this announcement, Wanchain was gaining attention with the recent addition of interoperability features. For example; Wanchain also released a new version of the cross-chain mechanism on February 26 that allows wanBridge assets to be shared in a unified collateral pool and increases cross-chain capacity. 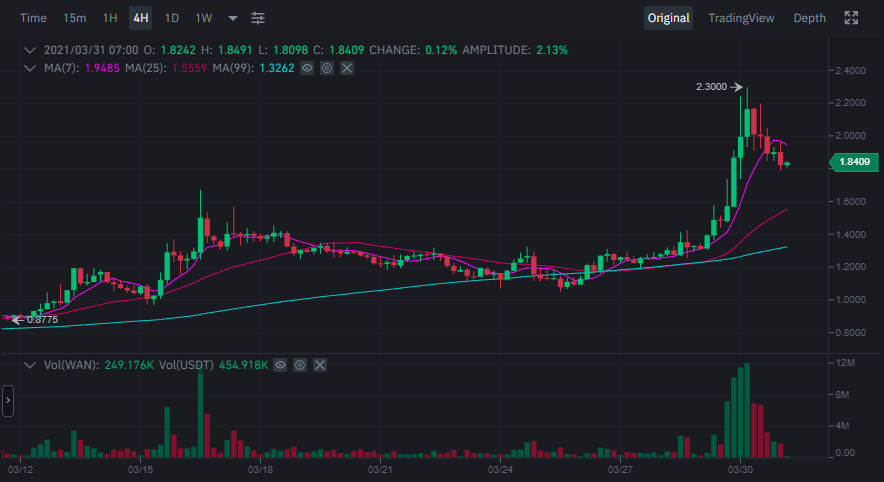 If no correction is encountered, according to analysts, WAN has the potential to rise to $ 2.88. However, a correction to be experienced may pull the WAN to the $ 1.40 band.

Regardless, Ripple Continues to Grow: The Latest Partnership Made a Sound!

What’s Happening in the Market? Giant Whales Displaced Billions In Bitcoin In…

Why is Bitcoin Price Rising? Here are 5 Developments That Triggered the Rally