The Anticipated Altcoin Season Has Started – So What Should Investors Do?

After the leading cryptocurrency Bitcoin rose above $ 60,000, its slight decline and flat course created the expected opportunity for altcoins.The cryptocurrency market is literally green for the time being, and altcoins are leading. Recently, HOT, BTT, TRX, WIN and almost all cryptocurrencies that can be considered silent for a long time have refreshed records. There is no doubt that altcoins surpassing this stagnation of the BTC price have started the altcoin season that has been expected for years. So what awaits investors after the altcoin season? 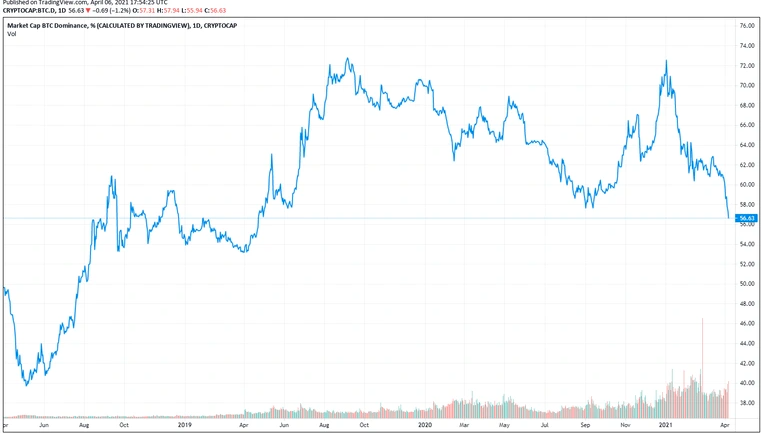 In fact, another development that pointed to the beginning of the altcoin season was the money flow. In the general market cycle, money enters the bear market first, but nobody buys BTC. When the BTC price starts to rise parabolic, everyone switches to BTC and the value of altcoins dips against BTC.

In the meantime, altcoin purchases are made at lower levels than ALT / BTC parity. In the third phase, the price of BTC stops and consolidation begins. This starts the altcoin rally, causing investors to sell altcoins and buy BTC at the end of the altcoin season. In the fourth phase, the number of investors entering the market decreases and the bear market gradually begins. At this stage, investors sell their BTC at the rate of profit they want to buy and continue their way with only a certain BTC.

What to do in the Altcoin Season?

Crypto money investors can take a logical step towards the end of the altcoin season, at least by removing the main money they have put into the sector. Although it is difficult to predict when the altcoin season will end, determining the target that is sufficient for you, not the moment the industry will fall, may be the determining factor.

Especially withdrawing the main money in crypto currencies with an increase of 100% and above, just in case, can save investors from great losses and gains.

With Product You Purchase

Current Situation in HOLO and WINk: Decline in HOT and WIN Deepens

Bitcoin (BTC) Dropped With This Statement!

Check Also
Close
Follow Us
Weather
You need to set the Weather API Key in the theme options page > Integrations.