Chaos Didn’t Affect the US Economy

The US economy is currently going through a period of great recession due to rising inflation and slowing growth. While experts are warning of a recession, there are fears that things could get worse in the short term. The approximately 55% depreciation of Bitcoin (BTC) from its peak and the chaos caused by the LUNA crisis has been a nightmare for many investors. While billions of dollars evaporated from the market, it was a matter of great curiosity how the US economy, which has a say in the crypto money market, was affected. But Wall Street banking giant Goldman Sachs doesn’t see much concern in this regard. The bank states that the recent crash in the cryptocurrency market will have little impact on the US economy. 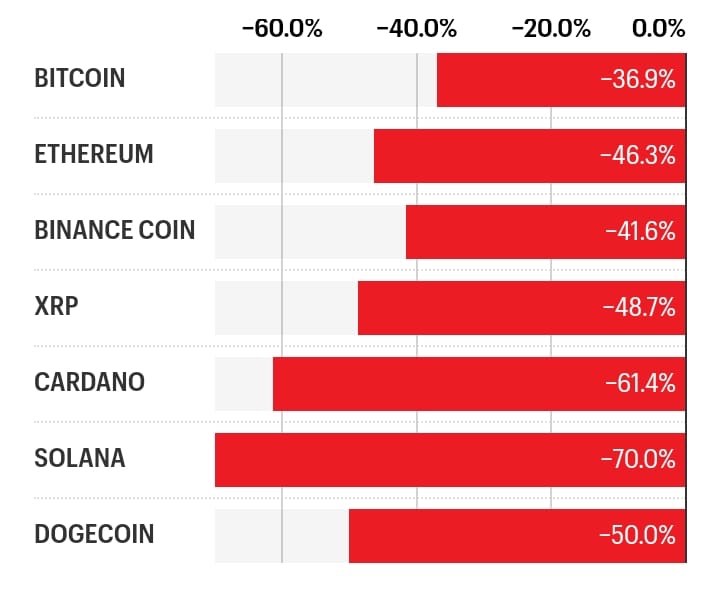 We do not think that the impact of the collapse in the cryptocurrency market on the US public and economy will cause lasting damage in the long run.

During the last correction in the market, $7 trillion was vaporized from the US stock market. Economists are examining the impact of this sell-off in the stock and cryptocurrency market on the economy. Bloomberg cited a study that showed that every dollar lost in stocks leads to a 3-cent decrease in spending. Those five-month sales in 2022 represent a spending cut of over $300 billion.
According to research by Goldman Sachs, stocks account for 33% of total US household net worth by the end of 2021. On the other hand, cryptocurrencies make up only 0.3%. Goldman Sachs economists released the following statement:

Fluctuations in stock prices have a greater impact on the US public and economy. Cryptocurrencies, on the other hand, have a smaller impact.