Credible Crypto, one of the market’s popular analysts, says he thinks Ripple’s domestic asset XRP is preparing for a major rally and will surpass its all-time high of $ 3.84.

XRP at a Key Point

In a post he made on Twitter, the analyst states that XRP’s current correction is approaching the crucial 0.618 Fibonacci retracement support, a level that many investors follow closely for a possible rise.

According to the crypto strategist, $ 1.07 is the most important area to start bullish in XRP. For investors who are more confident in XRP and less concerned about a good entry point, the range of $ 1.12 to $ 1.20 is a good place for bullish bidding.

According to the analyst’s statements, XRP ‘s rise from $ 0.50 to $ 1.90 was quite significant. The next rise is thought to be much greater. It is stated that this rise will take Ripple to a new all-time level. 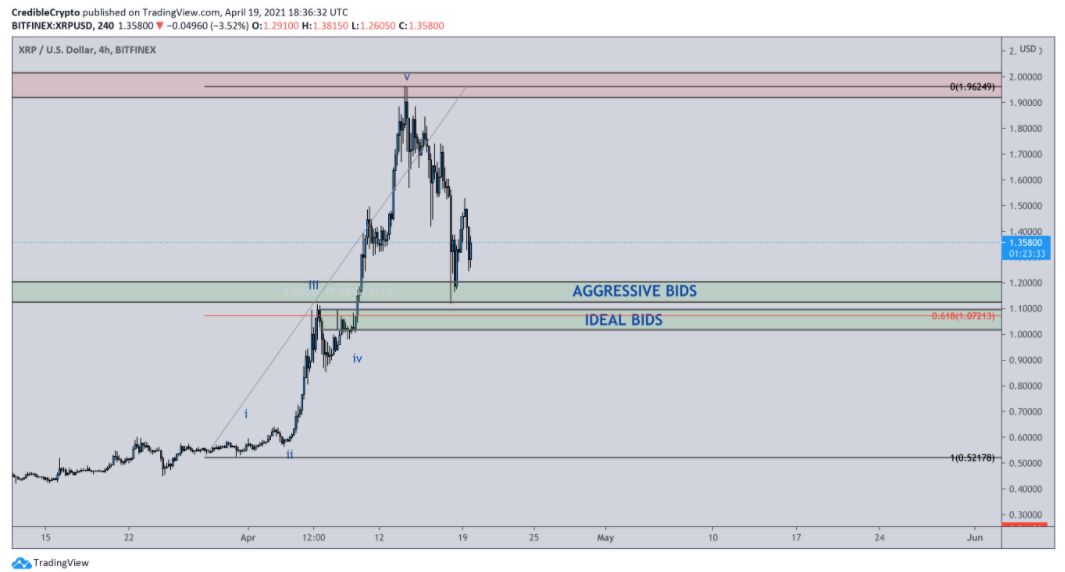 “There may be horizontal movement for a while”

The investor ideally states that XRP can build support at this level for a week or two before heading upward. In addition, Credible Crypto said, “We want this strong foundation to build instead of going up quickly for this correction because the next move will be much stronger.”

Alongside XRP , Credible Crypto also valued the market value of Bitcoin , the world’s largest cryptocurrency, as a signal for the rest of the markets . The analyst states that Bitcoin could drop to $ 39,000 and then stay in the accumulation phase for a while before the next rally.

The analyst also states that the dips and corrections are healthy for the $ 100,000 target to come.

Get Ready for Big Earnings! Josh Moden Warns For Ethereum (ETH) And 4 Altcoins!

Get Ready for Big Earnings! Josh Moden Warns For Ethereum (ETH) And 4 Altcoins!