How Will Increasing Inflation in the World Affect Bitcoin (BTC) Price?

If inflation is affecting the global economy more deeply, could Bitcoin be a less speculative tool and more a safe haven? Is the global economy currently in uncharted territory in the face of Bitcoin ( BTC ) and inflation? For most of the cryptocurrency’s short life, the economic environment has generally supported growth at stable prices, but lately we’ve been hearing the footsteps of an inflationary storm.

Although it is felt much more deeply in our country, we are faced with a global inflation wave. Bitcoin has only been in our lives since 2009, so there has not yet been an opportunity to test whether it will really succeed against inflation, at least on a global scale. If we consider on a regional basis, Bitcoin can be seen as a safe haven against inflation in our country.

The 6.2% increase in the consumer price index ( CPI ) of the United States went down in history as the record for the last 30 years. This increase, fed by the post-pandemic consumer demand and the break in the supply chain, exceeded the 2008 crisis.

“Yes, inflation is a potentially serious problem. However, what is important here is the expectations of the consumers for the future. If the perception that rising prices and rising inflation will be permanent becomes widespread among people, more alternative ways will be sought to avoid this. In the USA, people’s buying habits support the perception that inflation will be temporary. I am optimistic about it”.

Others are not so optimistic. Itay Goldstein, a professor of finance at the Wharton School, now thinks inflation will be more persistent than initially hoped. The world is struggling with supply-demand imbalances in the post-pandemic period, and monetary and fiscal stimulus related to COVID-19 are also affecting the latest inflation reports, but it seems that inflation will be more deeply affected and it will take longer to fall.

And it’s not just in the US, either. China’s CPI data also doubled on an annual basis.

Leonard Kostovetsky, Assistant Professor at Boston College Carroll School of Management, expects rising inflation to further fuel interest in cryptocurrencies . But Leonard, like others, thinks that the current inflation will be reined in 3-4 years. But what if the opposite happens and inflation becomes permanent? Then people will show more interest in assets like Bitcoin . 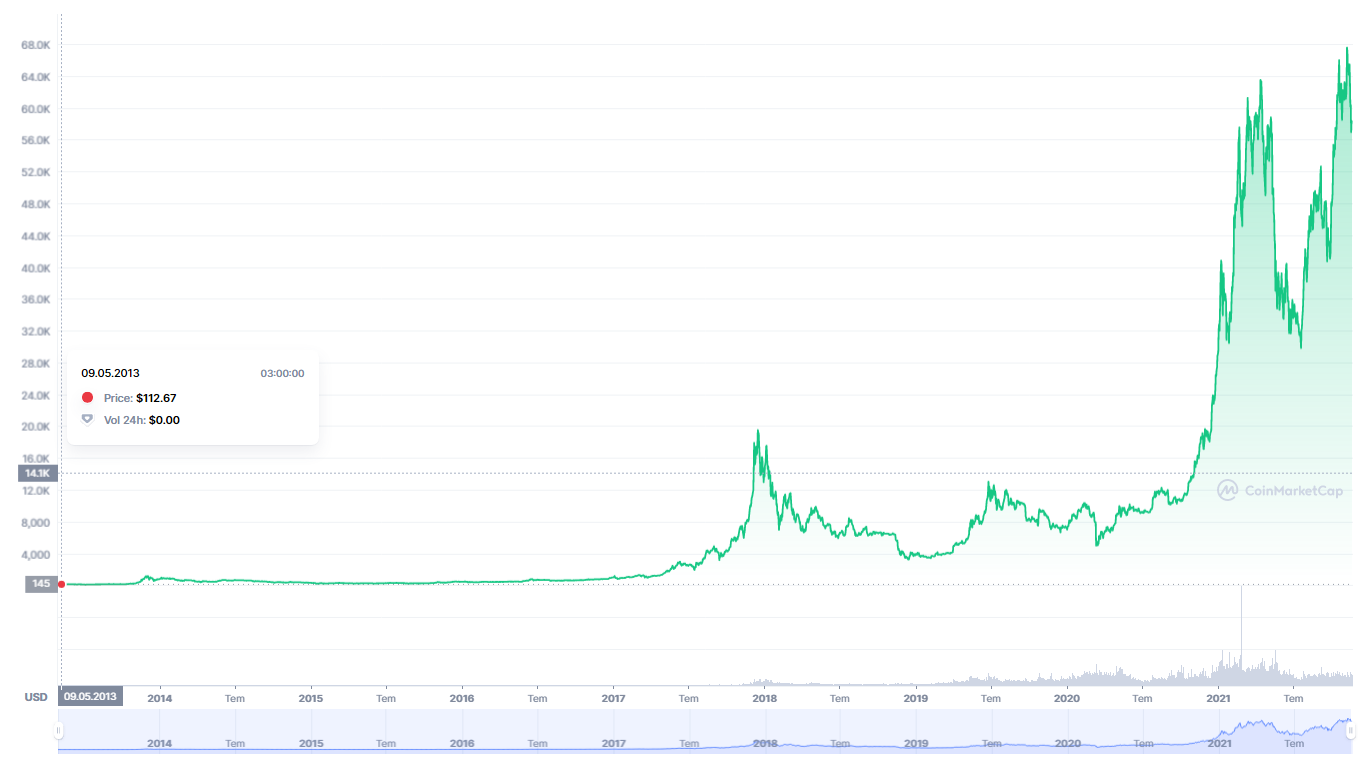 CF Benchmarks CEO Sui Chung thinks that the rise that came with the approval of the Bitcoin Futures ETF will continue with the increasing inflation on a global scale.

Due to its limited supply and increased interest, it is widely accepted that Bitcoin will succeed against inflation , at least in the short and medium term . Well-known economists across the US advocate the idea that at least 5% of portfolios should consist of Bitcoin and Ethereum .

At least citizens of countries with weak economies support this idea. With entry-level financial literacy and a phone, anyone can convert their investments to Bitcoin . As it has been experienced for several years, people are saved from being crushed by inflation with Bitcoin .

What’s the Latest Situation in Bitcoin (BTC) and Altcoins?

20 Percent Win! This Altcoin Might Be Moving Next Week!

What’s the Latest Situation in Bitcoin (BTC) and Altcoins?

20 Percent Win! This Altcoin Might Be Moving Next Week!

Remarkable Discourse from the Company Official: Is PayPal Entering the NFT Sector?