Although Elon Musk is behind the decline experienced today, analysts think that this effect will disappear over time.

It can now be accepted as a fact that Tesla CEO Elon Musk’s statements created a manipulation or speculation in the cryptocurrency market. However, many experts think that this situation will end soon.

Elon Musk and Its Impact on Cryptos 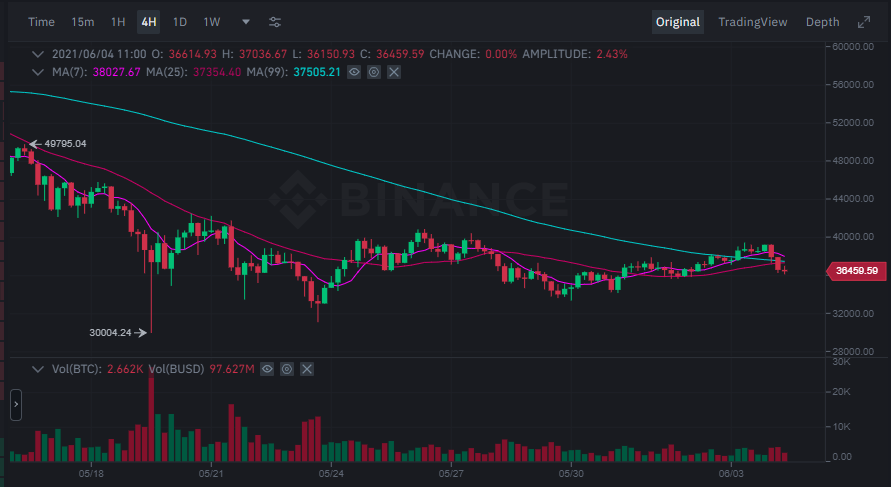 In fact, after the fall in May, cryptocurrencies made a very good start to June and Bitcoin rose to the limit of $ 40,000. However, Musk’s statements created a selling pressure and downside graphics were seen in the market today.

Elon Musk previously deleted his Twitter bio and only wrote Bitcoin. At that time, the price of BTC had increased by $ 6,000 in a very short time. In addition, Musk is among the names behind the great rise of Dogecoin in 2021. Dogecoin (DOGE), which had no purpose and was released only as a joke coin, increased by approximately 12,000 in 2021 with the influence of both Musk and some other popular names. It should be noted that after this increase, Dogecoin ‘s listing on Coinbase Pro caused controversy.

Therefore, there has been a situation that can be called the “Musk effect” on cryptocurrencies recently . So how long will this situation continue?

When Will The Musk Effect End?

According to data shared by Yahoo Finance yesterday, Musk’s volatile attitudes about Bitcoin damaged his social media reputation. According to the statements made, the negative posts about Musk have surpassed the positive ones.

Many important names now think that the Musk effect has disappeared. Although the statements made today affected the market again, the big effects seen before were not experienced this time. At this point , it can be shown as an example that Bitcoin was affected much more than the previous statements in 2017 and that these statements have now lost their effect.

In addition, many popular analysts think that these statements of Musk will create instant effects in the market and then the predicted levels in technical analysis will be tested. Therefore, analysts advise investors to stay calm and follow technical analysis.

China’s Most Famous Investor Against China: “I Have an Investment in Bitcoin (BTC)”

China’s Most Famous Investor Against China: “I Have an Investment in Bitcoin…

Chainlink (LINK) Whales Continue Heavy Sales: When Will The Downfall Of The LINK End?

They Stole $ 160K Bitcoin Using the Name of Elon Musk