Binance Smart Chain (BSC) and Ethereum (ETH) network comparisons have been made for the past few days.

Binance Smart Chain (BSC) and Ethereum (ETH) network comparisons have been made for the past few days. It creates the impression that there is a war between the two networks. This causes constant discussions in the cryptocurrency community.

Finally, the CEO of Binance, who could not stand the BSC criticism, criticized Ethereum using harsh statements. According to Binance CEO Changpeng Zhao (CZ), due to high fees, Ethereum has become a blockchain for the rich .

As it is known, with the increasing use of DeFi protocols, dApps and applications built on the Ethereum network, the increase in network fees and discussions have caused controversy. Many competitors even advertise themselves as Ethereum clays and claim to resolve especially high fees. One of them is Binance Smart Chain.

CZ criticized Ethereum in a tweet yesterday and drew particular attention to the high fees. According to him, only the rich can afford the transaction fees on Ethereum:

“ETH is a network for the rich right now, but these guys are going to get poor soon.”

ETH is a network for the rich guys now, but soon those guys will be poor. ?

After these statements, CZ expressed that he liked Ethereum but no longer used it.There are many people who justify these statements of CZ. Nevertheless, Binance’s centralized structure is a major obstacle to people supporting it.Throughout 2021, the average transaction cost in Ethereum rose with the ETH price , reaching almost $ 15. In fact, just 4 days ago, network charges reached an ATH of about $ 40 on average, according to data. 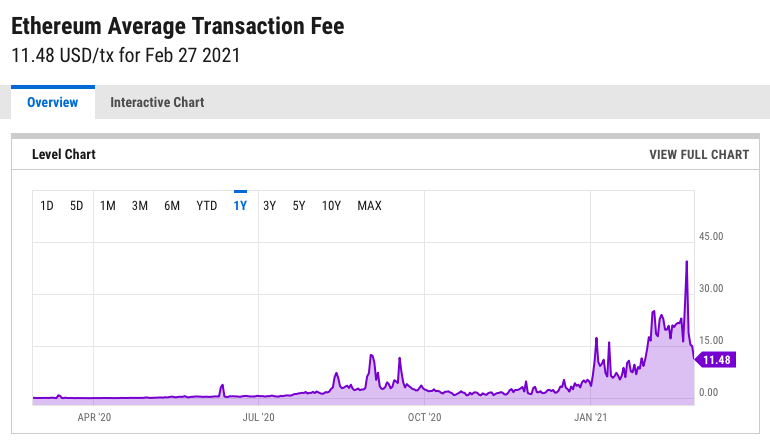 Decentralization? Are the Affordable Fees?

Binance Smart Chain is a system designed to provide extremely fast payments with minimal fees. As is known, the transaction fees here are much lower than the Ethereum network. But there is a problem. It is also central. When people use the DeFi network because of its decentralization, why would they want to use a BSC-connected network, this stands out as an important question mark.Those who only trade to make money will support BSC, while those who care about decentralization will remain with Ethereum.

How One DeFi Project Changes Everything?

Santiment: Check Out This Altcoin! Whales Secretly Spoil From It