Bitcoin (BTC) Dropped With This Statement!

In the evening, the Fed Chairman made some positive statements about the CBDC. But a few minutes ago, Minneapolis Federal Reserve Chairman Kashkari lowered the price of Bitcoin (BTC) with a whirlwind statement . Defining cryptocurrencies as fraud, the President caused investors to panic sell.

The description of Cryptocurrency Scam

The Minneapolis Federal Reserve Chairman said that there are no legal use permits for Bitcoin (BTC). Considering that cryptocurrencies are 95% fraudulent, Kashkari describes them as “complicated” and “deceptive”. With the statement, Bitcoin (BTC) fell to $ 44,500. However, it rose above the 45,000 level again. 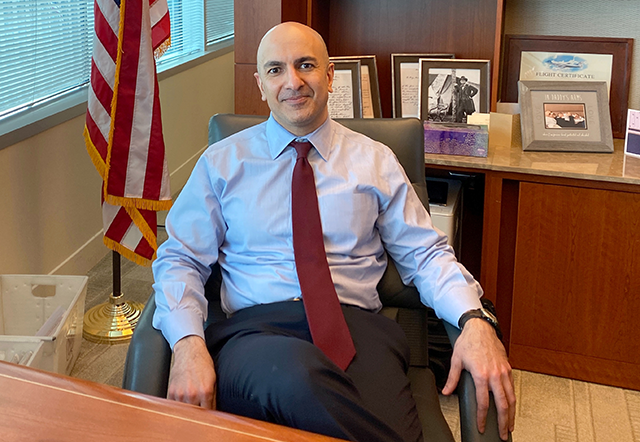 Who is Neil Kashkari

If you follow the markets closely, you can remember the statements he made these days last year. Saying that I am skeptical of cryptocurrencies, Kashkari described a significant portion of crypto assets as “garbage”. In his later statements, the President of the Minneapolis Federal Reserve, who used the term “comedy” about cryptocurrencies, said “I see cryptocurrencies as fraud”.

The price, which went up to $ 47,160 during the day, was met with selling pressure from anxious investors. Despite the reaction from here, Bitcoin (BTC) , which resisted above 46,500 , suddenly fell to $ 44,500 with the latest statement. But the price, which has been holding above the SMA 200 for days, gave a good reaction.

With the reaction buying after the decline, the price went above $45,000 again. The RSI has retraced from the neutral zone. Many analysts argued that the bulging RSI level could cause a pullback to $44,000 in price. Kashkari did his best to justify them. If the bulls can gather strength again with the last correction, we can clearly see the $50,000 test this time. Of course, cryptocurrency markets remain volatile and the information shared here does not include investment advice.

With Product You Purchase

Check Also
Close
Follow Us
Weather
You need to set the Weather API Key in the theme options page > Integrations.