Coinbase CEO Brian Armstrong supported Ripple in its fight against the US Securities and Exchange Commission . With Armstrong’s move, the allegations that Coinbase will list Ripple ( XRP ) have been rekindled. Here are the details.

Support for Ripple from Coinbase CEO!

Brian Armstrong , CEO of Coinbase, one of the world’s largest cryptocurrency exchanges, stated in a recent series of tweets that Ripple ‘s case with the SEC is apparently going “better than expected”.

Additionally, Armstrong stressed that launching attacks against the crypto industry and hurting investors is “politically unpopular.”

The head of the largest US cryptocurrency exchange later channeled the oft-repeated talking point about Ripple ‘s SEC, which hurt consumers instead of protecting them:

“The irony is that the people they’re supposedly protecting are the ones attacking them.”

Will XRP Be Relisted?

The giant stock market, the SEC ‘s January 19th ripple of a litigation against a great price immediately after triggering the decline had reported that it had suspended trading in the XRP.

Rumors of Coinbase ‘s re-listing began to circulate on social media after XRP trading pairs began appearing on the company’s mobile app last month , but it was later learned that this was due to a bug.

Despite its legal issues, XRP has remained resilient, and crypto giant Mike Novogratz recently stated that the value of the popular altcoin has tripled since then. 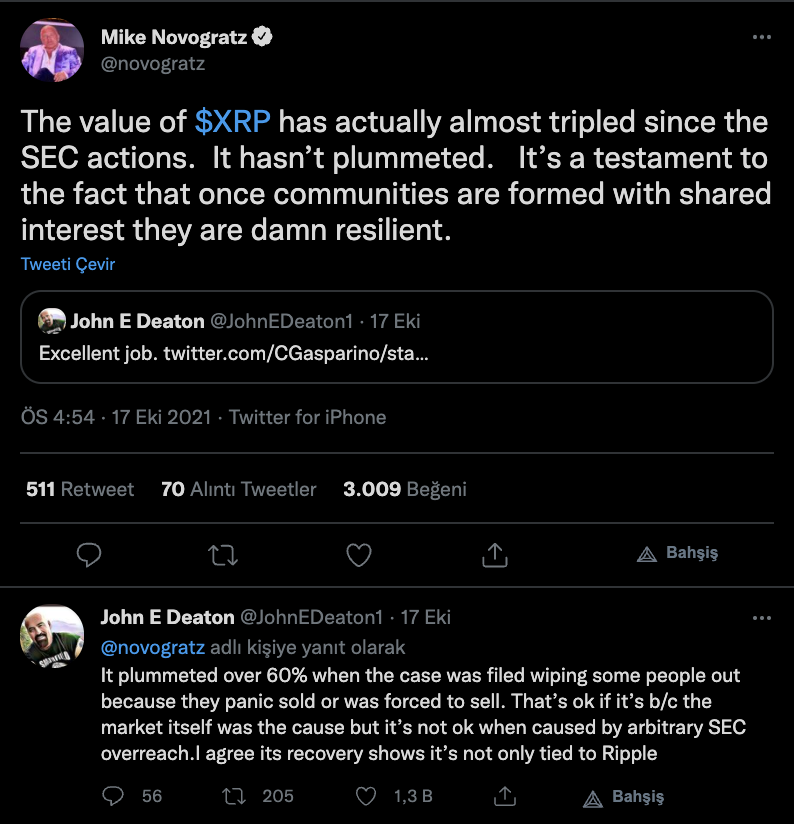 The U.S. Securities and Exchange Commission has threatened to sue Coinbase over its yet-to-be-released lending offering. While the company has succumbed to the SEC’s demands and shelved the product in question, it doesn’t appear to have buried the ax with the tough regulator.

Earlier this month, Coinbase proposed replacing the agency with a new cryptocurrency-focused regulator, arguing that the laws of the 1930s were unsuitable for the “technological revolution.”

The exchange will have to persuade Congress to pass legislation that would create a significantly different regulatory regime than it envisions.

The Executive Move From Ripple to Attention and Concern XRP!

The Executive Move From Ripple to Attention and Concern XRP!